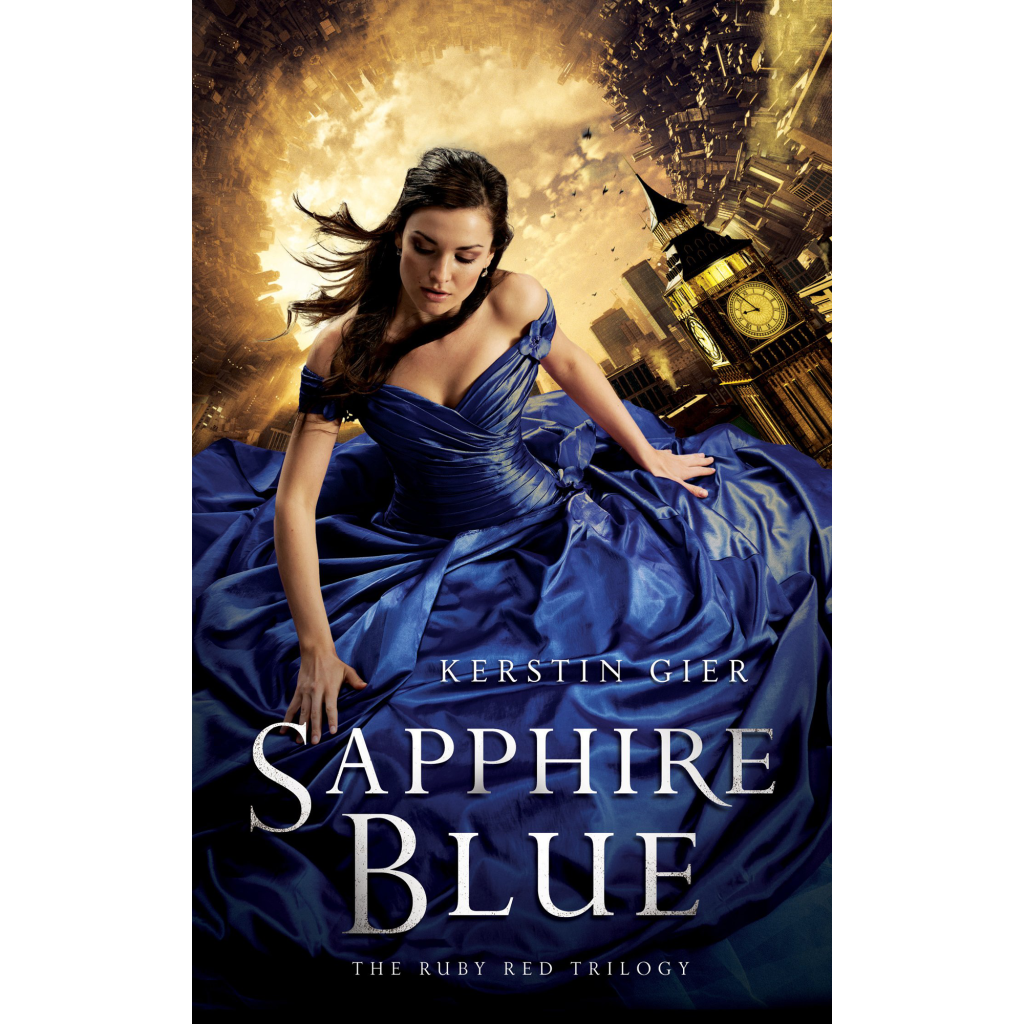 Gwen’s life has been a rollercoaster since she discovered she was the Ruby, the final member of the secret time-traveling Circle of Twelve. In between searching through history for the other time-travelers and asking for a bit of their blood (gross!), she’s been trying to figure out what all the mysteries and prophecies surrounding the Circle really mean.

At least Gwen has plenty of help. Her best friend Lesley follows every lead diligently on the Internet. James the ghost teaches Gwen how to fit in at an eighteenth century party. And Xemerius, the gargoyle demon who has been following Gwen since he caught her kissing Gideon in a church, offers advice on everything. Oh, yes. And of course there is Gideon, the Diamond. One minute he’s very warm indeed; the next he’s freezing cold. Gwen’s not sure what’s going on there, but she’s pretty much destined to find out.

Narrator Marisa Calin dives enthusiastically into Book 2 of Geir’s time-travel trilogy, launched with RUBY RED. Calin portrays the bewilderment of Gwyneth Shepherd, who is designated the final member in the Circle of Twelve, even though her perfectionist cousin, Charlotte, has been groomed for the role for years. Calin delivers an accurate British accent but sometimes misses period and class distinctions. She does capture the teen characters in their rivalry and their pursuit of mysteries. Especially fun is Calin’s presentation of the time-traveling teens’ karaoke performance in an eighteenth-century salon and her on-again, off-again romantic adventures through the ages with Gideon. Calin also imparts a good deal of character to Gwyneth’s wise-guy gargolyle campanion, Xemerius, and revels in the cliff-hanger ending. D.P.D. © AudioFile 2013, Portland, Maine [Published: MARCH 2013]