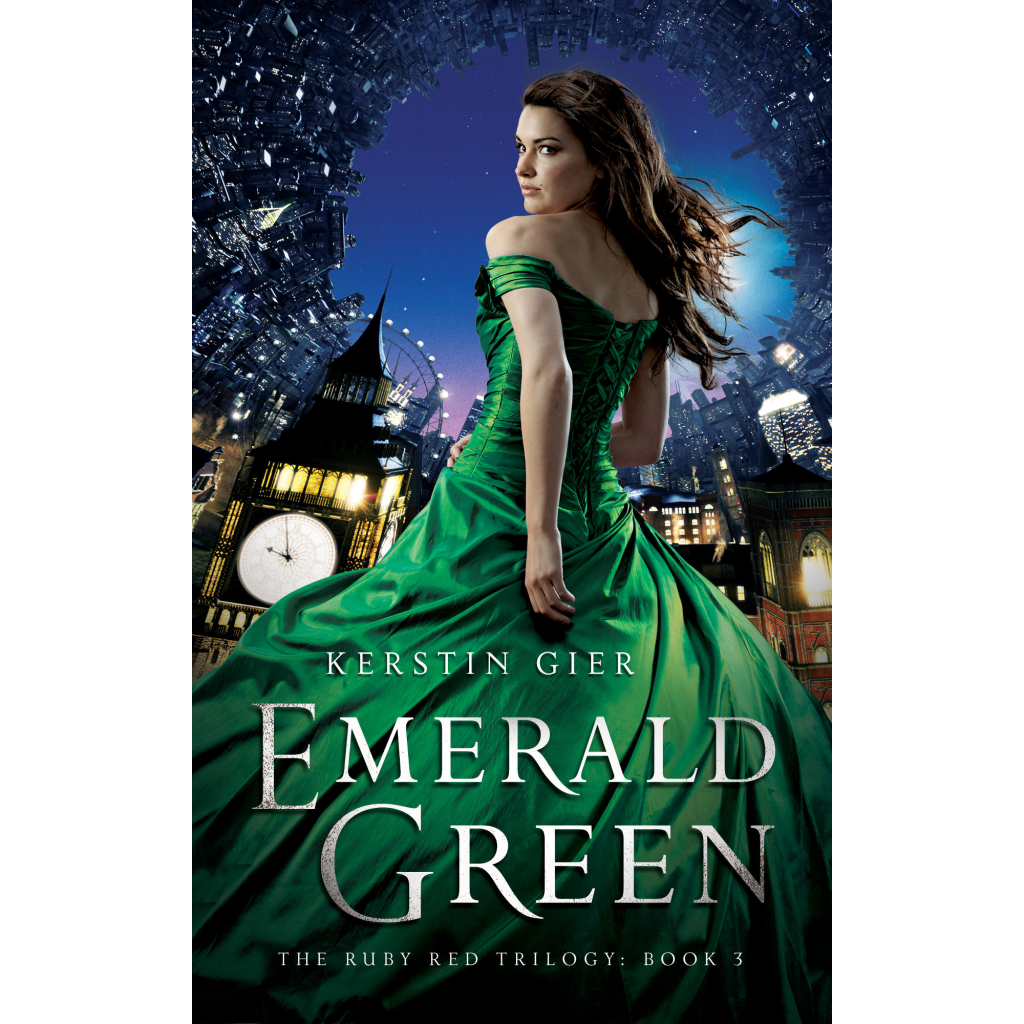 Gwen has a destiny to fulfill, but no one will tell her what it is.
She’s only recently learned that she is the Ruby, the final member of the time-traveling Circle of Twelve, and since then nothing has been going right. She suspects the founder of the Circle, Count Saint-German, is up to something nefarious, but nobody will believe her. And she’s just learned that her charming time-traveling partner, Gideon, has probably been using her all along.
Emerald Green is the stunning conclusion to Kerstin Gier’s Ruby Red Trilogy, picking up where Sapphire Blue left off, reaching new heights of intrigue and romance as Gwen finally uncovers the secrets of the time-traveling society and learns her fate.

Marisa Calin returns to deliver the third installment in the Ruby Red Trilogy, in which Gwen finally has a chance to fulfill her destiny. Gwen is one of the time travelers, and the conclusion of this series will see her come into her own, right an old wrong, and figure out her relationship with Gideon, another time traveler. Calin’s British accent is at times proper but is mostly more relaxed, and her choice is a great fit for the character of Gwen. As the gargoyle ghost Xemerius, she uses a more gravelly voice and aptly delivers his wisecracks. While Calin alters her reading to accommodate the emotional roller coaster Gwen finds herself on, the time-traveling aspects of the story make keeping track of characters difficult. Listeners will be best served by starting at the beginning of this trilogy before enjoying the conclusion. E.N. © AudioFile 2013, Portland, Maine [Published: DECEMBER 2013]