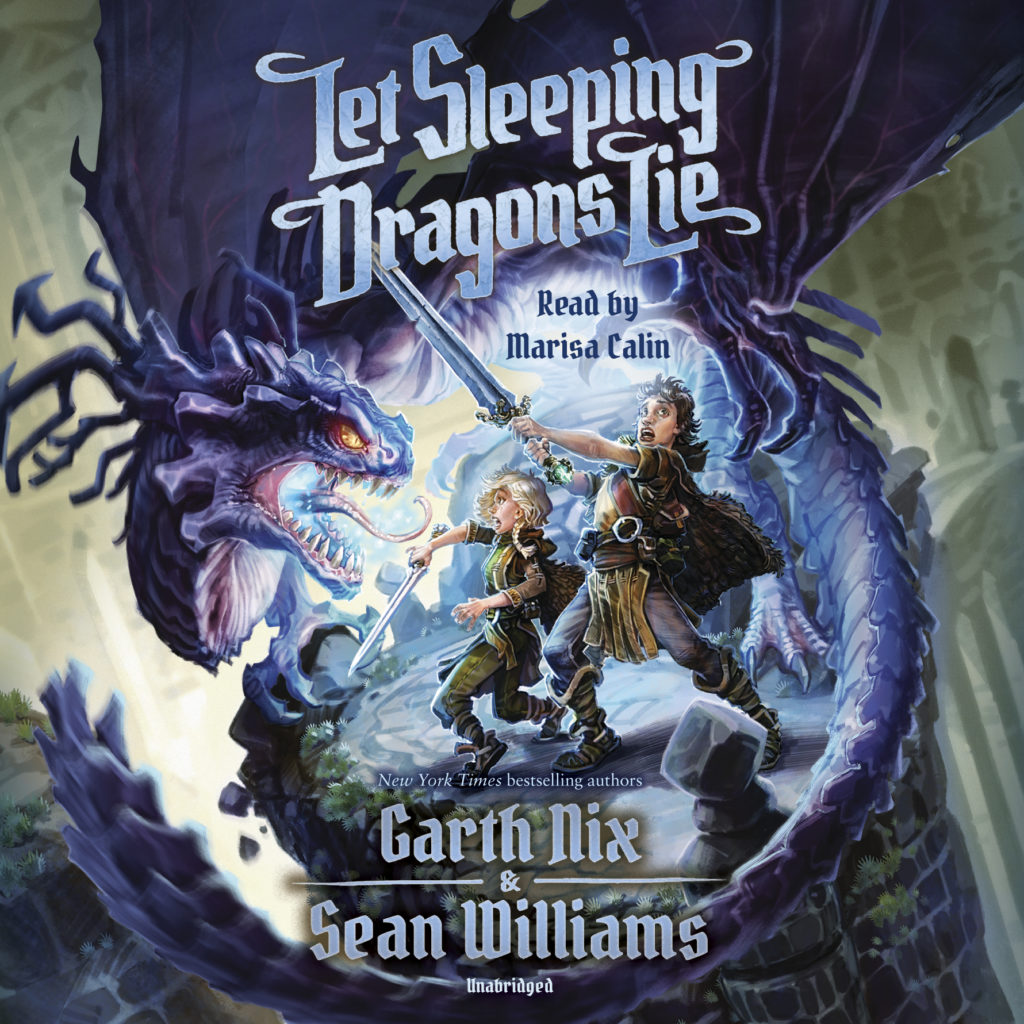 Odo and Eleanor are excited to be knights. Only . . . nobody’s asking them to go on a quest. So they’re stuck at home, using their trusty and talkative swords to defend their village when there’s cause for defense. But mostly it’s just . . . waiting for something bigger to come along.

That “something bigger” comes to them in the form of an old man named Edga, a warrior named Hundred, and an ancient chant:
Dragon, dragon,
heed our call . . .
Come to aid us,
one and all.

Odo, Eleanor, and their swords, Biter and Runnel, are plunged into a quest that will take them (as all good quests must) to unfamiliar lands, where they will fight unseen enemies and unlock unbelievable secrets in order to prevent an unbearable impostor from taking the crown.

Also, they will need to keep an eye out for dragons.

As they did with Have Sword, Will Travel, fantasy masters Garth Nix and Sean Williams have crafted a tale full of fire, laughs, and twists for adventurous readers of all ages.