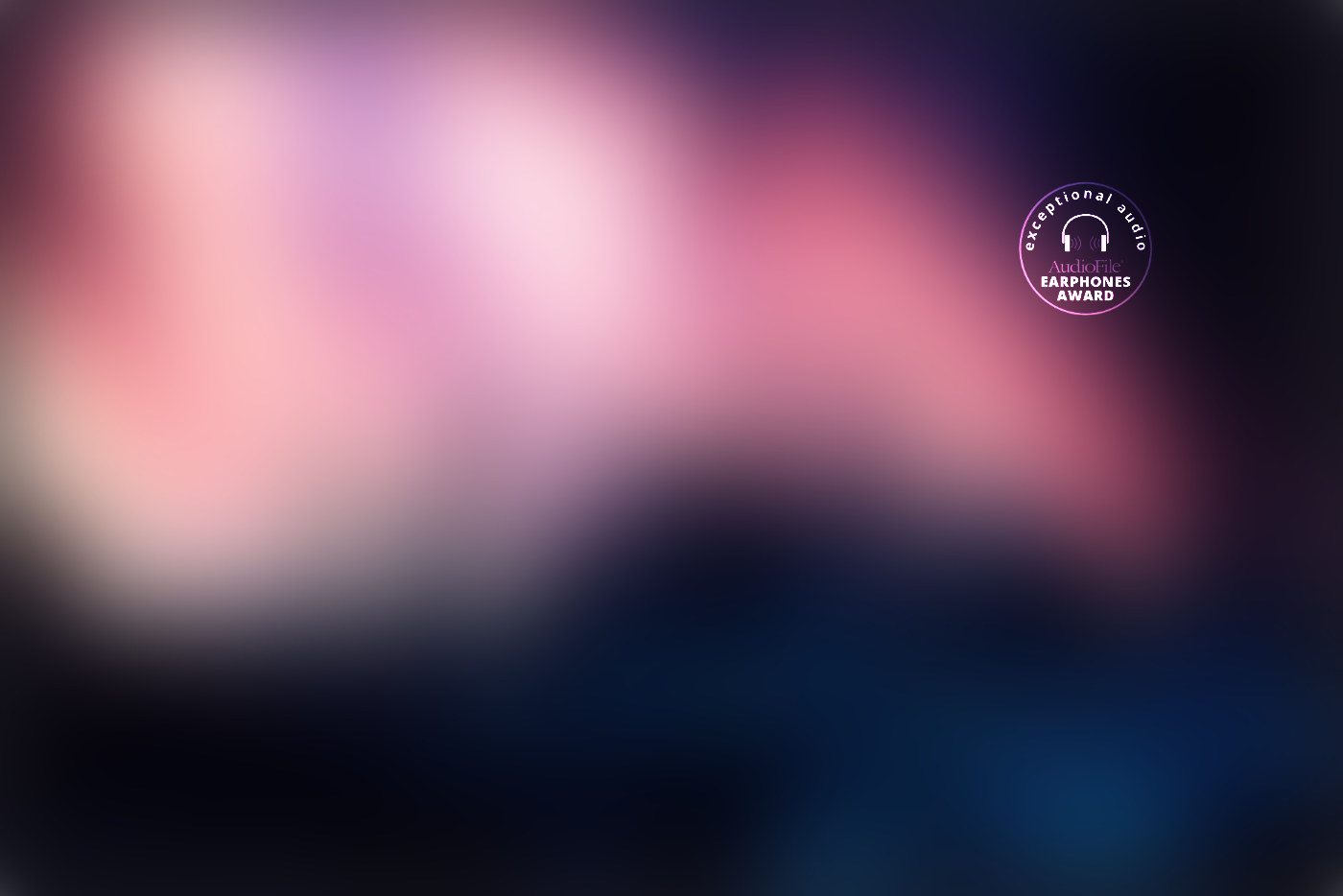 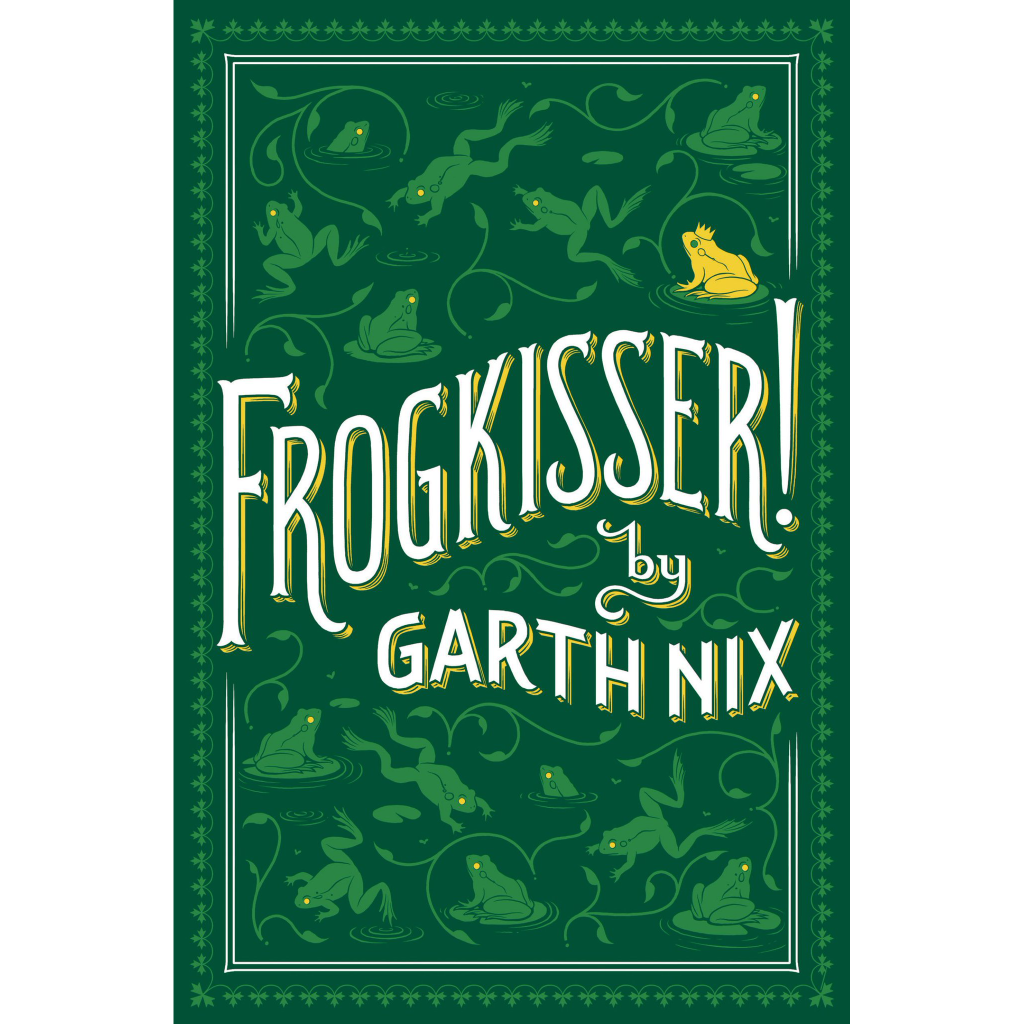 Poor Princess Anya. Forced to live with her evil stepmother’s new husband, her evil stepstepfather. Plagued with an unfortunate ability to break curses with a magic-assisted kiss. And forced to go on the run when her stepstepfather decides to make the kingdom entirely his own.

Aided by a loyal talking dog, a boy thief trapped in the body of a newt, and some extraordinarily mischievous wizards, Anya sets off on a Quest that, if she plays it right, will ultimately free her land-and teach her a thing or two about the use of power, the effectiveness of a well-placed pucker, and the finding of friends in places both high and low.

With Frogkisser!, acclaimed bestselling author Garth Nix has conjured a fantastical tale for all ages, full of laughs and danger, surprises and delights, and an immense population of frogs. It’s 50% fairy tale, 50% fantasy, and 100% pure enjoyment from start to finish.

Narrator Marisa Calin has a marvelous way of interpreting this story’s characters–human, animal, and fantastical. Calin expresses Princess Anya’s conflicted emotions as she becomes a heroine. Anya’s unwillingness to be distracted from her studies is transplanted by horror at her evil stepfather’s plans to transform her sister’s suitor from a frog to a prince. Facing nonstop challenges, Anya embarks on a quest that brims with intriguing characters, many of whom have a fairy-tale familiarity. Calin enlivens each, beginning with Ardent, Anya’s faithful hound. Calin melds barking, panting, and speech to bring out the comedy of the overzealous, food-oriented dog. With similar tongue-in-cheek humor, Calin also takes on the booming voice of the giant, the brogue of the seven dwarfs, and gentle wisdom of Merlin.
© AudioFile March 2017

Filled with an assortment of talking animals, this quirky tale of a princess on a mission to save her family from her stepmother’s evil new husband is perfectly suited for the audio format. Princess Anya’s “stepstepfather,” Duke Rikard, is attempting to force her older sister, Morven, to marry a man of his choosing by turning all her other suitors into frogs. Anya sets off on a quest to find allies to help protect her family, accompanied by her sister’s most recent beau, Prince Denholm (currently a frog); her talking dog, Ardent; and a boy-turned-newt named Shrub. Anya’s adventure brings her into contact with all sorts of creatures. Actor Calin proves a thoroughly delightful storyteller in the audio edition of Nix’s tale: her enthusiastic reading coupled with her English accent enhances the fairy-tale aspect, but it’s her personable and light tone that carries the story. Calin also creates a cast of distinct character voices that maintain clarity through conversations.

THE LAND OF STORIES
A Treasury of Classic Fairy Tales
Written and read by Chris Colfer
4½ hours. Hachette Audio.
(Middle grade; ages 8 to 12)

You don’t have to own a knitted pink cap or the collected works of Roxane Gay to find the sexual politics of fairy tales troubling. Among the lessons fairy tales impart:

Upward mobility is possible — if you’re a ravishing beauty (“Cinderella”). Women don’t need to talk — or breathe, really — as long as they are physically attractive (“Snow White”). Abducting women is a viable path to romance (“Beauty and the Beast”). The nonconsensual kissing of coma victims is a great way to meet your mate (“Sleeping Beauty”).

Pretty retrograde, even in the post-Hillary era. Which is why recent retellings and mash-ups of fairy tales tend to give the Grimm brothers universe a feminist makeover, or at least a feminist sheen.

Perhaps you remember Princess Fiona in the “Shrek” films, who had kung fu skills to rival Bruce Lee. Or Cinderella in Stephen Sondheim’s “Into the Woods,” who helped slay the giantess — in part by directing her birds to distract her. In the recent live-action “Beauty and the Beast,” Belle is an inventor and a proponent of female literacy (though she still falls in love with her kidnapper, so it continues to register high on the creepiness scale).

The newest entry into the empowered-princess genre is “Frogkisser!,” by Garth Nix, who previously wrote the Old Kingdom series. “Frogkisser!” centers on a young princess named Anya who has to save the kingdom from a wicked sorcerer. To do so, she has to talk with dogs, ride an itchy magic carpet, rescue her sister’s fiancé and kiss a pondful of frogs.

Midway through the book, as Anya sets off to confront a coven of witches, one character asks her, “What kind of princess are you?” “Not the kind that needs rescuing,” Anya says firmly. The revisionism doesn’t end there. Three of Snow White’s seven dwarves are female. And the prince she’s trying to rescue? Well, he’s handsome but not “all that clever.”

The audiobook is narrated by the actress and novelist Marisa Calin, who does a fantastic job. She has a British accent, which somehow makes all fairy tales 26 percent better. Her upbeat tone is well-suited to the book’s jaunty style and amusing quests — such as the search for a magic lip balm needed for proper amphibian kissing.

My only complaint is that the book dragged a bit in the middle. I got lost trying to keep track of all the adventures and characters: “Now which is the half-otter, and which is the newt?” I’d ask my kids as we listened in the car. In my experience, keeping multiple characters straight is one of the few drawbacks of audiobooks in general.

“Frogkisser!” comes several years after the actor Chris Colfer started to publish his own fairy-tale-inspired books with a girl-power twist. Colfer’s series the Land of Stories follows a pair of 12-year-old twins who are magically sucked into a book of fairy tales. (My kids and I are on Vol. 3 of six of the hardcovers.) In Colfer’s books, damsels are rarely in distress. Goldilocks, for instance, is a sword-wielding warrior and Sleeping Beauty hasn’t slept in years because she’s working tirelessly to reform her kingdom.

Colfer’s new audiobook, “The Land of Stories: A Treasury of Classic Fairy Tales,” is related to the series, but also a departure. It doesn’t feature the adventuring twins, but instead is a straightforward collection of fairy tales. Twenty-five stories from the Grimm brothers, Hans Christian Andersen and others, are retold and tidied up a bit by Colfer.

I recommend it for three reasons. First, Colfer — an actor most famous for playing a countertenor teenager on “Glee” — is a wizard at voices. In “Henny Penny,” he gives distinct, birdlike cadences to a duck, a goose, hen, rooster and a turkey. His yawn from Goldilocks was convincing enough to make me yawn in the driver’s seat.

Second, I want my sons to know the original fairy tales, and not just get them filtered through reinterpretations. We live in a world where kids ingest the parodies before the real thing. My children have seen multiple “Twilight Zone” takeoffs (on “Futurama,” for instance), but have never watched an episode of Rod Serling’s show. I suffer from this too. I knew the Puss in Boots character from “Shrek,” but embarrassingly had no notion of the original tale. (Which contains another useful moral: Blatant lies and fraud are the key to success.)

Which brings me to my third reason, which is that fairy tales are great conversation starters. Not so much for the lessons they are trying to impart, which are often appalling, but as a way to spark interesting questions. When listening in the car, my kids and I talked about whether Jack is morally justified in stealing gold from the giant just because the giant is a terrible being. Also, does the maiden in “Rumpelstiltskin” owe nothing to the dwarf for his hard work? Perhaps not her firstborn, but at least a token?

As I mentioned, Colfer has cleaned up the tales a bit. In terms of rawness, they fall somewhere between the Grimm and Disney versions. For instance, in the Grimm version, Cinderella’s stepsisters chop off a toe and a slice of heel to fit in the slipper. Disney’s “Cinderella” has no gore at all. Colfer’s compromise: The stepsister “crammed her foot inside the slipper so tightly it started to bleed.”

Colfer has also, thankfully, left out the truly horrible Grimm stories, like their tale “The Jew in the Thorns,” about a miserly man who is sentenced to death. Not even Disney could make that palatable.

But even when softened and redacted, listening to fairy tales can be demented, disturbing fun.